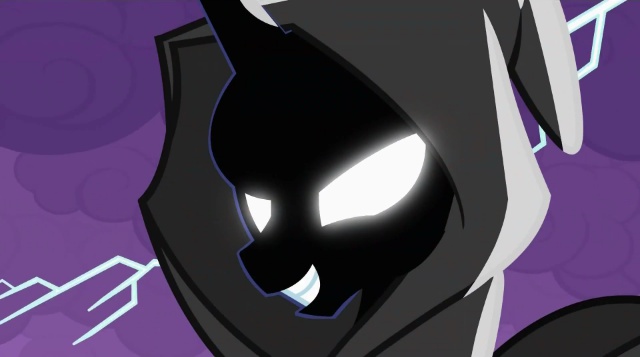 Each of the chapters of this fic is an independent story featuring one of the Mane Six having an encounter with the supernatural. They are presented as one story because of their common theme. The stories written so far are:

Fluttershy: The Curse of the Night When Angel falls sick, Fluttershy ventures into the Everfree Forest at night to find a remedy. Though she faces danger, she escapes… but not unchanged.

Rarity: Blood and Water You know the story.  Rarity gets seduced by a creature of the night, and her friends don’t realize what’s happening until it’s too late.  They find the vampire who turned her and destroy him.  But then what happens?

Rainbow Dash: The Big Battle Discord’s defeat didn’t erase every trace of his influence on Equestria.  Fortunately, hard-working ponies are already gathering the remnants of his power into Manehattan for easy disposal.  What could possibly go wrong?

Applejack: One of the Herd Applejack may be in charge of Ponyville’s biggest farming community, but that doesn’t mean she can’t take a break now and then.  Besides, tonight’s meteor shower should be even better than last night’s…

Twilight Sparkle: The Case of Wild Clover the Warder It’s a boring day in Canterlot, and Twilight Sparkle has time to kill.  Maybe picking up an old lot of books will brighten her mood.